The Cleator Moor Roll of Honour  was published in 2012  produced by Cleator Moor Town Council with research support of local historian Mr Joseph Ritson. This document remembers those from Cleator and Cleator Moor who gave their lives in the conflict of war.

In 2017 a group of Cleator Moor residents came together with a shared goal of researching the story of their  ancestors who served in the Great war using the Roll of Honour as the source document .

The aim was  to produce a lasting and relevant record for the community of Cleator Moor here in the 21st Century. This  website was the result of this groups work . It contains a detailed biogarphical record for each of  those 250  men who died in the First World War.

The website also includes features and stories relating to the conflict and the town of Cleator Moor that have been shared with us by people who had family members who served.

We are looking for ongoing contributions from the public who may have  photographs, newspaper clippings, documents, letters and  keepsakes, as well as family tales and anecdotes from that time  passed down to help them build a clear picture of these men; where they lived, where they worked and who their family were. 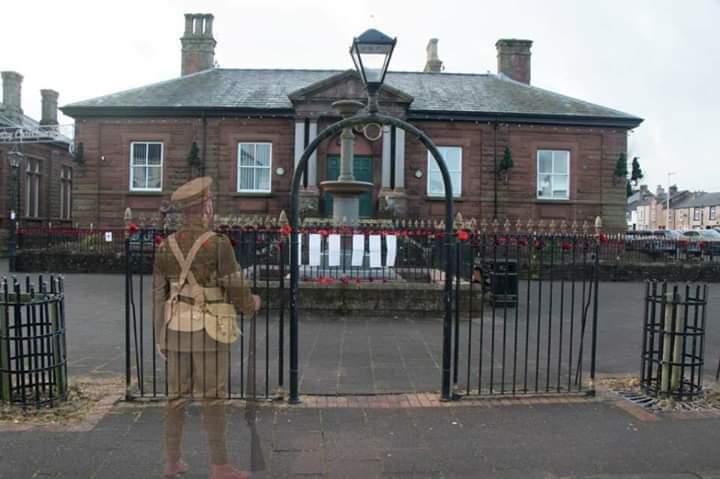