During the Great War there was a prisoner of war camp just beyond Kirkland School on the Salter road which had a round 130 German prisoners of war / Sean Close who supported the projects shares with us a feature from the Cleator Moor Parish Magazine.

We lived in Arlecdon for almost 40 years, before our move to Cleator Moor 5 years ago... only a mile from the P.O.W. camp at Rowrah. In all those years we were unaware of the existence of the camp in spite of our hundreds of walks along the cyclepath from Rowrah to its abrupt end on the Red Beck road. Nobody ever mentioned it to us, so when Fr. Paul mentioned the enquiry to me about  confirmation of the deaths at the camp I was dumbfounded and decided to make some local enquiries of my own.

After some conversations with Rowrah residents, I was told that the man I needed to see was local historian and lifelong resident of Lamplugh Mr. Kendal Bruce. Kendal attended Lamplugh School in the 1950’s. It is a stone’s throw from the camp. He remembers seeing small remnants of the camp when playing in the field near the school and  was familiar with the stories of the locals’ involvement with the camp and its residents.

The actual location of the camp is hard to describe. The best description I can give is that it would have been visible from the elevated site of Lamplugh School looking towards Rowrah. The site now consists of a couple of fields which have been designated as protected sites of several rare wild plants and flowers, including an orchid, and as such have never been exposed to fertilisers or pesticides.

The entrance to the camp would have been primarily from the railway station at Rowrah.

The platform and Station House can still be seen from the road bridge leaving Rowrah, just past Edgar’s garage. The camp was  known locally as Salter Camp - Salter being a small hamlet of a dozen or so houses between Lamplugh School and Wath Brow known as the Red Beck Road.

The camp housed between 2 and 3 hundred  prisoners, varying during the years of the war. It was run by the South Wales Border Regiment and was decommissioned in 1919 when war ended and the prisoners were repatriated.

The camp was a mixture of tents and Nissan huts. The prisoners were sent out to work in the local quarries and on the nearby farms. Guards were sent out with the prisoners but if they were trustworthy, they were left to get on with their work. One prisoner in particular was sent to Rowrah Hall Farm to work for the Watsons and became a firm family friend.

After his return to Germany at the end of the war they continued to correspond until his death.

The prisoners, in their spare time, used to craft articles. They carved objects from the bones used in the preparation of their food. They made jewellery from silver paper which they melted down and moulded into brooches and rings, using stones found in the quarry as decoration. They also made wooden boxes, the tops inlaid with different coloured wood to make flowered patterns. Two very interesting accounts of the POW  camp and its effects on the local population.

The overall impression I get from these accounts is of the special relationship the prisoners had with the local community and the affection in which many of them were held. Also how transient such places were  during wartime and how they robbed so many people from both sides of precious years of their lives. Little did people know at the time that the whole thing would be repeated less than twenty years later.

I know that in the future when I walk along the Cyclepath from Rowrah to Lamplugh School  and glance at the field where the camp stood, my mind will be filled with both fascination and an overwhelming sense of melancholy and regret for the futility of war. 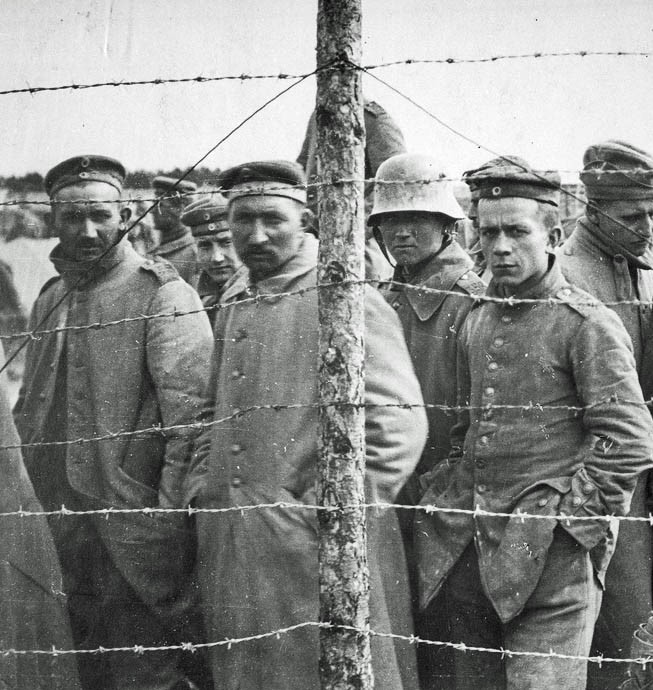