The Shot at Dawn Memorial is a monument at the National Memorial Arboretum near Alrewas, in Staffordshire. (pictured)

It commemorates the 346 British Army and Commonwealth soldiers executed after courts-martial for desertion and other capital offences during World War I . The memorial portrays a young British soldier blindfolded and tied to a stake, ready to be shot by a firing squad. The memorial was modelled on the likeness of 17-year-old Private Herbert Burden, who lied about his age to enlist in the armed forces and was later shot for desertion.

Of the 200,000 or so men court-martialed during the First World War, 20,000 were found guilty of offences carrying the death penalty. Of those, 3000 actually received it, and of those sentences, 346 were carried out

It has been argued that soldiers accused of cowardice were often not given fair trials; they were often not properly defended, and some were minors . Defendants often chose to speak in their own defence.

The usual cause for their offences has been re-attributed in modern times to post-traumatic stress syndrome and combat stress reaction.

One of those  named on the memorial is local man  Pte James Briggs , 2nd Border Regiment who was  born on 23 Feb 1891 at Red Beck, Eskett, Cumberland and lived in  Frizington, Cumberland until the 1911 census when he is living in Maryport with his mother, Isabella, and brothers, William & John .

He was in the army prior to 1914 and it would appear re-enlited with his brother at the outbreak of hostilities in 1914:  in less than 6 months James was dead ;  Shot At Dawn

This tragic  episode  was first reported in the Penrith Observer  in an article entitled "  Cumberland Deserter shot".

The artical was taken from the local parish magazine and was by the Rev H Parker and took a very consilatary and supportive line. It stressed that he had been in the forces prior to the war and that of his own free will volunteered for Service at the out break of war. As his vision of home was in contrast to the terrible oppression of war and in an unguarded momment he left his work at the front and made tracks for home only being caught on the boat at La Havre.

He was subsequently court martailed and was shot March 6th 1915.

The Rev. then went on to express sympathy to his parents and to squash any rumours he was not a traitor.

To conclude he said "James Briggs was not a traitor. He simply deserted and deserted alone. After this statement I feel sure that our people will think kindly of the dead boy and be filled with sympathy for his parents and other relations".

There  is an account of the events of firing squad  that March morning . It written by a fellow soldier who knew James Briggs and who was paraded to witness the execution.

It is a detailed and harrowing letter to read, it also seems only right that the fate of this poor man be made more widely known.

The letter written by Private John McCauley can be found in the book, The Soldier’s War by Richard Van Emden.

“The front rank of the firing party were on their knees, and the rifles of the 12 executioners were levelled at the shoulder. As they took aim, they visibly trembled, and not a single rifle was held steady.”

“We marched for about a mile along the main road, and then turned off through the entrance to a farm. Passing by the farm buildings, we entered a field at the rear of the farmhouse and were then ordered to halt.”

The War Diary for the 2nd Bn Border Regiment places them in billets at Rostraete, roughly three miles North, North West of Estaires on the 6th March 1915.

“The body was placed on a stretcher and covered with a Union Jack. The small group surrounding it suddenly moved towards a corner of the field, headed by the padre. In the corner of that beautiful green field, the body of the deserter was laid to rest. Private Briggs there found the peace which passeth all understanding.”

In 2005 James Briggs  along with the other 345 men executed were  formally pardoned by the UK government , as well as being officially recognised by the Commonwealth War Graves Commission as a victim of the First World War. 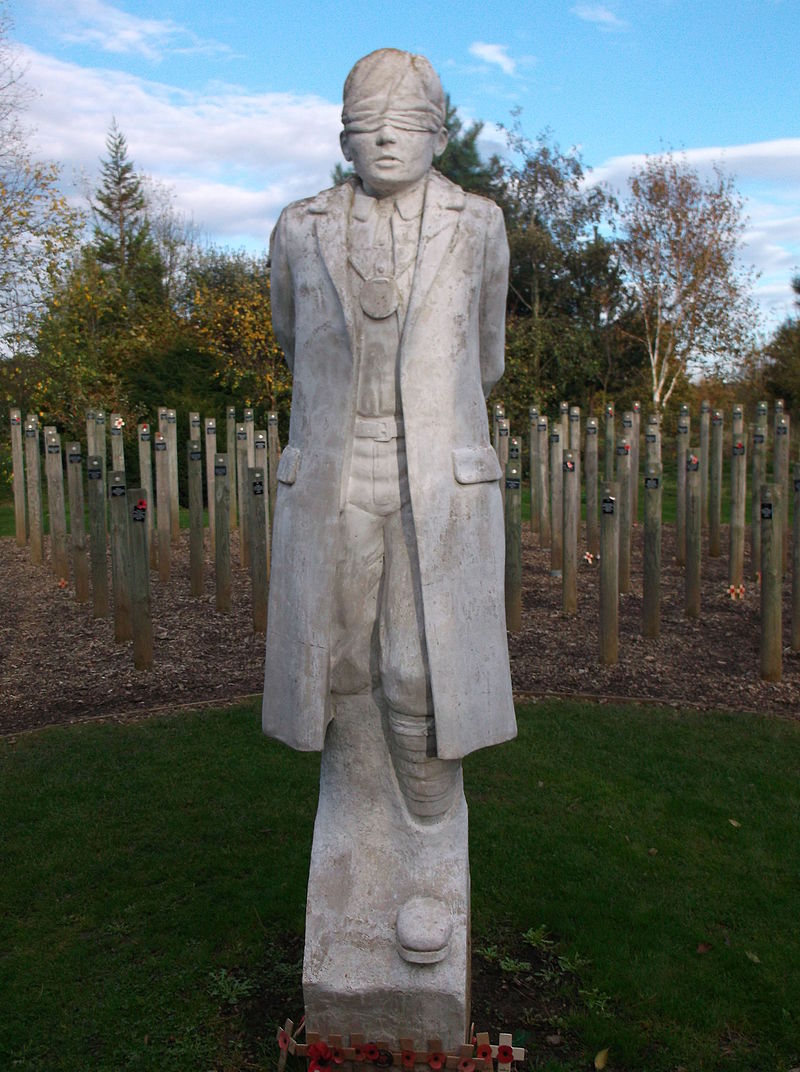