Those that returned were Casualties

My great Uncle Robert Campbell left Cleator before WW1 had started to go to the USA and work in the copper mines of Bisbee Arizona.
Nothing was heard of him until one day during the war, he turned up at his mother's house a Canadian Soldier.
When the war ended he came home, but from all accounts was a changed man. In my dad's words"he went drinking on the Moor, getting into fights ".
One day he disappeared, taking my Granda's shaving kit.
That was all we knew about Robert until my cousin Collette Hodgkinson began making enquiries and found that he went back to Canada where he died in the mid 50's.
Unfortunately it doesn't seem that Robert had a happy life after Cleator, he spent his last 20 years in a mental hospital which suggests to me that what I suspected all along is right and his behaviour after the war was due to PTSD, or as it used to be known, shell shock. Just another victim of a country that didn't understand what it was sending its young men into when the crowned heads of Europe had a family spat and fell out with each other.
He may have died nearly 40 years after the war but was no less a casualty of it. 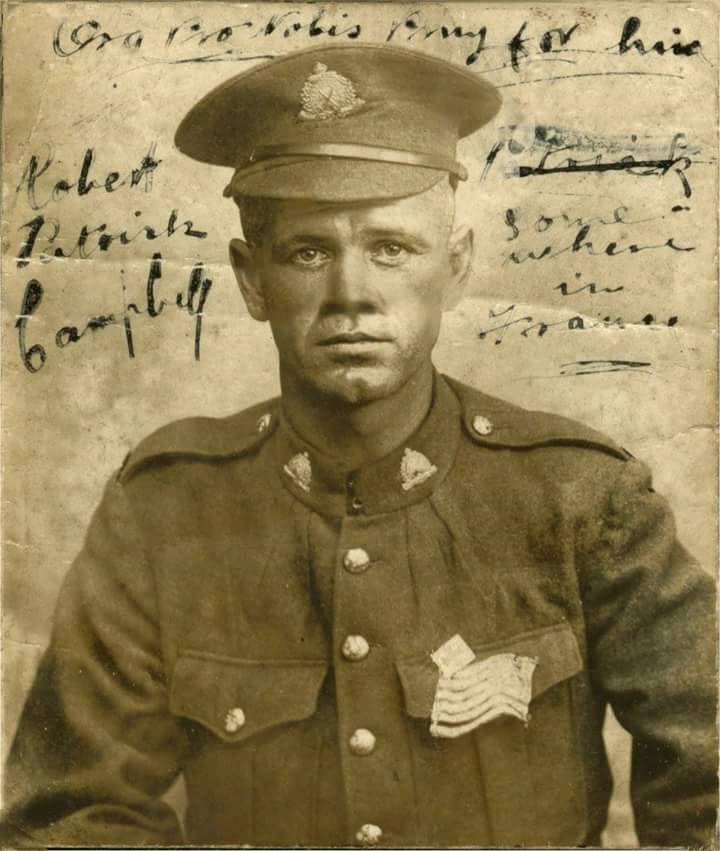